Rating the Love Story: Part I 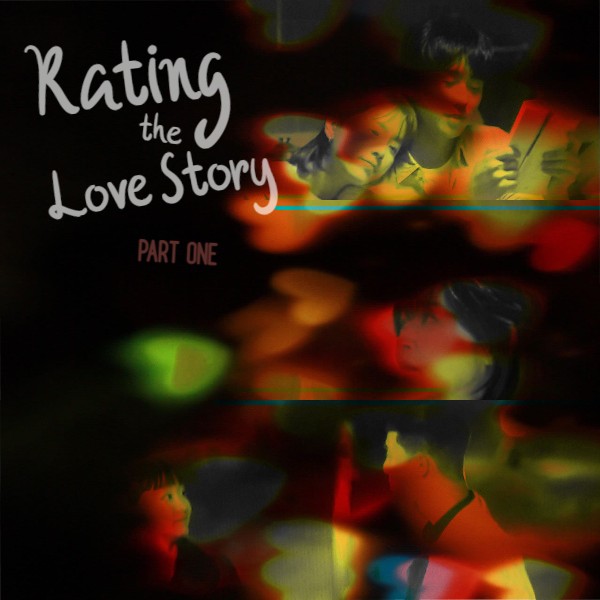 Let's face it, most of us watch K-dramas for the romance.  Love stories are central to the popularity that Korean dramas have amassed all over the world in recent years, for they, unlike dramas from the United States and other parts of the world, still present romance in its purest form.  In K-dramas, romance is of the soppy kind, the kind that is so saccharine, it causes your teeth to ache from the sweetness.
Love stories, capable of causing even a grown man to crumble into a river of tears, are the hallmark of the Korean drama and, therefore, at the forefront of our minds.  We often assess dramas by their ability to tell a proper love story, and when they fall short, we cannot help but feel let down.  To us, an inept love story is akin to a memory of sad times.  But a love story done right, a romance that penetrates our core like the proverbial Cupid's arrow, causes us to feel a warmth so snug it melts even the coldest of hearts.
I got to thinking, recently, about the love stories that truly moved me and made my heart throb, as well as, the romances so insipid, they'd fail to even register on the Richter scale.  Harking back to the memories of K-drama lovers, young and old, inspired me so much that I decided to share with you my thoughts in a new multipart feature, Rating the Love Story.
This first edition, Part I, will feature the love stories of Hello, Me!, Itaewon Class, and One Spring Night.
I can't say for certain that I'd describe this as a love story, simply because it didn't quite follow the norms of a traditional romance.  Although the basis of a love story was presented in a flashback of their brief encounter as children, their adulthood seemed to be mired in a friendship and/or work partnership.  For this reason, we were never treated to the customary lovey-dovey.  That is not to say that Ha-ni and Yoo-hyun's relationship was completely devoid of cute moments.  Their interactions were fun-loving and adorable, though that is mostly due to Kim Young-kwang, whose portrayal of Yoo-hyun was, at times, so sickly sweet that it made you want to squeeze him like a teddy bear and never let go.  In the end, the biggest takeaway from Hello, Me! is the darling performance by the male lead and, unfortunately, not the love story.  Ha-ni and Yoo-hyun do indeed end up together, but the time between their initial encounter and their endpoint churned out a whole lot of nothing.
FINAL RATING:

Oftentimes in dramas, it is one's first love that is the endgame.  It's a simple process but it works.  A love story, I feel, shouldn't keep viewers guessing, for it is not a mystery.  In fact, I truly believe that the less complicated a romance is, the more emotionally invested a viewer can be.  A writer who throws a wrench into the works is simply one more obstacle in the couple's path and one level higher in a viewer's frustration.  In Itaewon Class, Saeroyi's first love, Soo-ah, is not with whom he winds up, which makes one wonder why waste so much time on their development.  It is, ultimately, Yi-seo who is his endgame, and although the proper steps were taken to ensure a happy ending, the execution left much to be desired.  From the very beginning, I felt that Saeroyi and Yi-seo were terribly mismatched, for the two had very little chemistry.  I can't quite pinpoint why - it was their difference in age, perhaps, or maturity level - but their interactions were, for the most part, contrived and plot-driven, and as a result, never reached a comfort level with me.  Regrettably, the writer seemed so intent on scripting their "happy ending", he failed to consider that there was truly only one right ending for Saeroyi and Yi-seo: as business associates.
FINAL RATING:

The first encounter is crucial, as it is the moment viewers look closely for the customary sparks.  It isn't always a massive fireworks display but, more often than not, it's a stolen glance or the inability to speak.  In One Spring Night, it was the smile of a man.  That infectious smile, from the man behind the pharmacy counter, was all the proof one needed - Ji-ho found the love of his life.  As simple as their initial encounter was, the love story of Jeong-in and Ji-ho was anything but.  It was a story that, oh so effectively, ticked all the right boxes, one by one, on the proverbial love story checklist.  Although the main stumbling blocks - a father's rebuke, a former boyfriend's denial, etc. - were out in full force, it was a young, motherless child who was, through no fault of his own, the biggest threat to Jeong-in and Ji-ho's happiness.  Yes, Ji-ho was a single father, but our lovers fought for the right to be with each other despite this and, in the end, triumphed.  Ultimately, it was a profound love for another that conquered all, even in a country where taboos are quite prevalent still.  For Jeong-in and Ji-ho, the choice was easy - their love, and that of a little boy, was worth fighting for.
One Spring Night's is a love story so rare, and so revolutionary, it is worthy of serving as the prototype for future love stories.  It is one of the most rewarding love stories I've, personally, watched and one that, quite frankly, represents what it means to truly have a deep connection with another human being.
FINAL RATING: