REVIEW: Something in the Rain

I did a review of One Spring Night, a few weeks ago, and I praised the drama for its originality and restraint - two things you don't often associate with K-dramas.  I was truly amazed by its capacity to tell a love story without resorting to conventions.  It was, in my mind, a testament to director Ahn Pan-seok's tenacity in an industry where norms are so difficult to break.  So when I decided to watch Something in the Rain, which, incidentally, aired a year prior to One Spring Night, I expected much of the same.  Little did I know, that Ahn was fixing to render me speechless once more.
I discovered early in the process that my expectations were foolhardy and, therefore, a disservice to Ahn's career, for the differences between the two dramas were stark.  One Spring Night was, in comparison, rather mild - a sunny day in the park - whereas Something in the Rain was not unlike the life cycle of a thunderstorm.  It causes one to feel, through the good times and bad, as if torrents of rain could, at any moment, pummel you into submission.  One cannot fully appreciate Something in the Rain unless you get on your knees and bow before the marvel that is the story of Jin-ah and Jun-hee.
Love stories in K-dramas are, typically, straightforward as lovers move about in a linear way until they've reached their destination, only diverging from their original course to counter a disapproving mother, vengeful ex-lover, etc.  In Something in the Rain, lovers Jin-ah and Jun-hee encounter many of the common stumbling blocks, and external forces are as big an obstacle as any, but looking at their journey through the lens of the ordinary is an affront to the brilliance of Ahn Pan-seok.  The hitch in this love story isn't Jin-ah's mother - a ghastly woman, I must say - or the standard angst.  It is an ardent love.  Jin-ah and Jun-hee's love for each other is so entrenched in their mutual desire to spare the other from heartache, that it, in time, tears them apart.  In other words, they loved each other too much.  It is as heartbreaking as it is touching.  And that is the mastery of Something in the Rain.
Of course, one could not fully invest in this complex love story if the actors portraying our lovers weren't so convincing.  The tug-of-war is only made possible by the first-rate performances by Son Ye-jin and Jung Hae-in, who displayed so effortlessly a chemistry that real life couples would give their right arm for.  Jung, in particular, is quickly evolving into a sought-after leading man, whose good vibes with co-stars are rather notable.  It comes easy to him, and that is a skill that will win him many hearts and fans.  It is not to say that Son owes her performance to Jung, however, for it was her ability to match his effort that, ultimately, resulted in one of the finest K-drama couples in recent history.
Unlike One Spring Night, which featured several subplots, Something in the Rain existed solely as a backdrop for the main love story, deviating occasionally to tell a rather repulsive sexual harassment story.  I'm not sure if it was the Me Too movement which sparked this particular plot - the timing seems about right - but it is proof that Ahn Pan-seok's work is indicative of his art, as well, as his views of society, and he combines the two masterfully.  His is not a moral high ground but simply a platform in which he turns the spotlight on the most heinous of acts, leaving it up to the viewer to make his own determination.
For this and other reasons, Something in the Rain is a rarity in the world of K-dramas, but I think that suits Ahn fine.  His is a mission that is best left to the bold and gifted and not the stewards of the K-drama establishment, for it takes a mind that is unencumbered to truly tell stories of importance.  Something in the Rain is one of those stories, and in the capable hands of Ahn Pan-seok, it is one of the best dramas in Korean television history.
Something in the Rain (2018)
Cast: Son Ye-jin, Jung Hae-in, Jang So-yeon, Wi Ha-joon
Episodes: 16
[Click here to watch on Netflix.]
FINAL RATING: 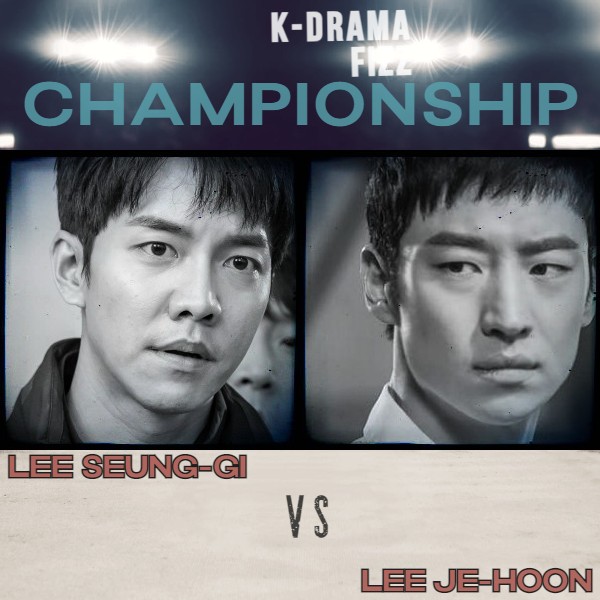